This morning you would have found me at my favorite coffee joint with my favorite man and a bottomless mug of my favorite beverage. I planned my lesson for church. He brought home the bacon. 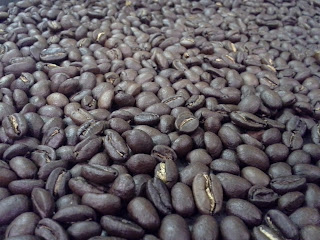 While we were soaking up the freedom from tending and shushing, the foster mom of last weekend's visitors came in for a caffeine fix. We talked foster care, and she asked if we'd want to have the kids back next month. Apparently the kids enjoyed their stay with us which makes me happy.

God plants us right where we need to be. Sets our appointments for us. Love it.

That's not the only appointment God made for me this month. It turns out that one of the newbie foster moms from our licensing class works at my orthodontist (Yep, I'm a new Invisalign patient- even have a spiffy t-shirt to broadcast it). 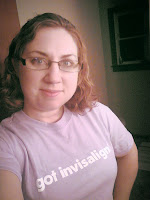 We swapped contact information at my diagnostic appointment, and we're getting our families together for a barbecue this weekend.

Running into another foster mom is amazing. We talk like we've known each other for ages, and that's huge for me- a gal who takes a bit to warm up. I'm so blessed that I've been able to have those impromptu support group meetings, been able to compare licensing procedures and gab about house preparations and talk about fostering with bio kids. We're walking the same walk, which means we know what questions to ask and what reassurance to offer. Basically, we're talking to ourselves and we're happy to listen.

Evening As A Family Of Eight. First Respite Care Experience

A head full of curls and a cute button nose hopped out of the car and greeted me with a pint sized hug around my knees. Her oldest brother came around from behind, hiding behind his foster dad. A smiley little boy followed and headed off to meet our dog.

And the fun began.

Our little visitors had no trouble settling in. They did not falter when their f-dad said goodbye. I was relieved and sad for them all at once.

Amos took the boys out while he grilled hotdogs and hamburgers. The girls stayed inside with me and helped set the table. The little head of curls helped move kale chips from baking sheet to bowl and surprised me by popping them one after another into her mouth.

When 8 sets of hands were washed for dinner, I began making plates. Each kid wanted their hotdog served a different way. Each wanted different fruit and veggie choices. Everyone was finally served, prayers were offered, and we shared a simple meal full of kid-friendly produce, cheese cubes, and barbecue.

In our family, Amos and I serve meals on plates. Our kids must eat everything on their plates before getting seconds. It's been a great plan for getting them to eat well balanced meals. The system proved rather impractical with twice as many kiddos to serve, especially given the complication of hotdog toppings! Kids were finished in no time, one off to play with RC cars, one ready to set up train track, one running back and forth between baby dolls and cheese.

Amos and I juggled supervision responsibilities for the next hour until we gathered everyone back in the kitchen to watch the air popper make popcorn for a bedtime snack. The whole gang settled in for an episode of Veggie Tales. Noah sat off to the side, finding his novel of more interest then the talking produce. Middle man ate cup after cup of popcorn. Shy guy and Miriam sat quietly and attentively. The head of curls sat on the couch with her little feet propped up on the coffee table.

Bedtime was a whirlwind. Teeth were brushed (those kids were awesome brushers!), and Amos and I split tuck in responsibilities for the little ones. PJ's on, bedtime stories, prayers, hugs, songs. A check in, a night light, and the head of curls was asleep. Miriam and all the boys weren't so easy. An hour later, we had six sleeping kids.

The morning was surprisingly easy. Although it took forever to get everyone ready for the day, all the kids were patient as we waited on each other to finish tasks before we went outside to play.

Before we knew it, snack time had passed, then lunch time, clean up time and time for goodbye!

Reflections and thoughts are on the way...

Time to put the Legos away and get the Thomas the Train gear out... stash the American Girl collection and find the Fisher Price doll house! We're getting little visitors!

On Friday night, we will be providing respite care for the first time to a sibling group of 3. Two boys and a girl ages 3, 4, and 5. They will be here from 5 PM to noon the next day. When the kids' caseworker initially called, he told me that there were no behavior issues. The foster mom alluded to the fact that there might be a few concerns after all. She is understandably swamped, so I'm still waiting to find out exactly what's in store for us.


It is a little crazy to me that this foster mom is so thrilled to leave her kiddos with us. We may have been approved by the state, but we're still strangers to her. I'm not sure how I'll feel about all of this once I'm in the foster are trenches.

In Missouri, anyone can be a respite care provider. You don't have to have a home study or sit through many hours of classes. All it requires is a background check and a walkthrough of your home. I appreciate the simplicity of the process. It means that people who normally watch our kids, people who we know and trust, can babysit all our children without jumping through a dozen hoops.
The kids are excited and a little nervous about hosting. Their experience with foster kids is limited, and their imaginations provide answers for a lot of their questions right now. Noah asked me tonight while I was tucking him in, "Is it ok to ask them what its like in their orphanage?" I chuckled a little and explained for the 5th or 6th time how a foster home is different from an orphanage.

Honestly, I'm not sure what to tell him about asking questions. I don't want him to have to walk on eggshells around the kids who come to stay with us, but I don't want them to feel alienated either. I'm hoping that they're too busy playing to worry about any heavy topics.

We've armed with art projects, cooking projects, story books and yard games. I think it'll be a fun Friday evening. I'm most nervous about bedtime. It's already my most stressful time of day... and now we're doubling our numbers. Yikes!

September 21, 2012: Attend Linking Hearts adoption event. Meet Alicia and officially express interest in foster care adoption licensing.
December 12, 2012: We receive our information packet in the mail and request to be added to the list for licensing classes.
January 7, 2013: After praying and trying to find a way to attend the winter session licensing class, we decline the invitation, inquire about a summer session, and are told that there is not one planned.
June 2, 2013: We receive a written invitation to attend a summer session foster care licensing class and officially sign up to begin the class.
June 14, 2013: Fingerprinting
June 18, 2013: We begin STARS foster care licensing classes
July 18, 2013: First home study meeting
August 9, 2013: Second home study meeting
August 13, 2013: STARS training class completed
August 27, 2013: Spaulding training class completed
September 20, 2013: Attend our second Linking Hearts event
September 23, 2013: Finalize and Sign off on our Home Study